While playing an instrument, a child involves ears, eyes, and fingers to produce the sound. Also, different groups of muscles, both small and big, are engaged in the process of creating a melody. As a result, a child develops various skills (both mental and physical) while learning music and can implement them in other areas of life.

The studies of Children Music Workshop has proved the positive influence of music education on the language development of children from 2 to 9 years old. Since the left side of the brain is engaged in processing music as well as language,  children who play instruments or sing from a young age start speaking faster and better than those who don’t do it.

The University of Toronto conducted the study during which students of 6 years old were divided into 3 groups to check the connection between mastering music skills and IQ. The first group was given music classes for a year, the second studied drama classes and the last one was not given any creative classes. The results of the IQ testing have shown that the first group got 3 points higher in the total score than two other groups.

The benefits of music education for elementary school students don’t end at the IQ scores. Overall memory is improved when a child studies music. It’s reasonable: when a girl or a boy spends a lot of time playing an instrument or singing, they need to learn by heart a lot of material (notes, chords, or song lyrics). It contributes the recall of verbal information stored in a child’s memory for the rest of life.

5. An overall development of personality

The importance of music education can also be seen in the overall development of a child. Studying music helps to become a well-rounded person from a young age. A student who got used to being curious about music concepts, history of music and literature knows more than his or her peers and this knowledge can be easily applied to conventional education.

The scientists of Boston College and Harvard Medical School proved that there is a difference between brainwork of children who play instruments and those who don’t. In fact, the brain of young musicians tends to work better in solving motor tasks and defining sounds.

Children who study music tend to be more disciplined in comparison to those who study just in conventional schools. It happens due to high standards of learning in music schools and the general complexity of studying there. To master playing an instrument, a student has to put much effort and practice every day at home. Such a habit is one of the strongest music education benefits.

Understanding how music is created helps an individual to develop spatial thinking that is of great help in studying math, engineering and computer science. The study conducted about this question demonstrated that the spatial skills of young musicians improved much over time in comparison to their classmates who weren’t studying music.

4. Learning to work in the team

The benefits of music education in schools also include teamwork that a child masters while studying at music school. This is due to the mandatory orchestra or ensemble classes that one needs to attend within the study program. Experience of playing together with fellows helps a child understand how to work together towards a common goal.

One of the benefits of music education is the impact it makes on the test performance of the children. The University of Kansas has made research in 2007 regarding the link between test scores and studying music of small children. It has shown that those who were studying music through high quality educational programs scored 20 percent higher on standardized testing than others who had music classes of lower quality. 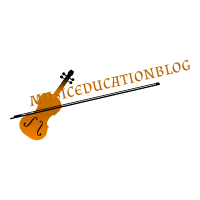